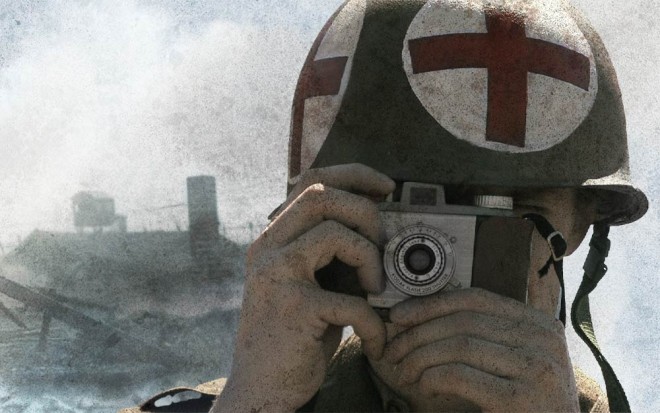 With only a small stack of his grandfather’s photos for guidance, filmmaker Matthew Nash tries to understand a family secret that began on April 4, 1945. His search reveals the horror of the first concentration camp found by the Allies and the amazing story of the soldiers who uncovered the Holocaust.

As anyone who has been within earshot of me in the past 3 years knows, I have been working on a documentary film about the discovery of the first concentration camp found by U.S. soldiers in WWII. This past August I finished the film with the help of my amazing editor Michael Equi, and have spent the last half-year putting together screenings and trying to get into film festivals.

Things are getting rolling, and I’m excited to announce the first 2 screenings of the film! Lesley University, whose faculty development grants allowed me to travel across the country to film this amazing story, will host a set of screenings on Thursday, April 4, 2013 at the Marran Theater on the main campus. The first screening will be at 4 in the afternoon. The second screening begins at 6pm, and we’re hoping to start it off with a presentation by a Geoffrey Megargee of the United States Holocaust Memorial Museum.**

I should note that April 4 is a very important date for me and for the film. It was on that day in 1945 that a small reconnaissance platoon of the 89th Division, scouting in advance of the 4th Armored Division, came across a Nazi work camp. It was the first such camp to be found, and the horrors they found changed the nature of the war for many soldiers. General Eisenhower toured the camp, and General Patton ordered the entire 3rd Army to see the atrocities. Patton himself is rumored to have vomited at the sights he saw.

To be able to screen this film on April 4, such an important day for history, and at the institution where I have worked for many years… I can’t be more excited.

Learn more about the film, and keep up to date on screenings as they are scheduled by going to 16Photographs.com

** We’re working out scheduling for Dr. Megargee but I’m optimistic he will be able to present.