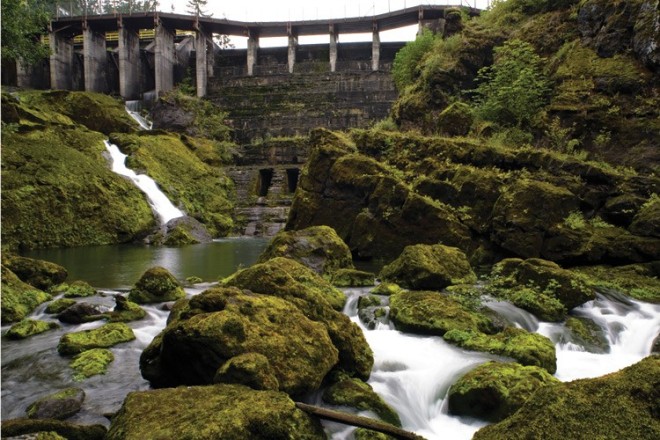 A photo of the Elwha River dam before demolition. Photo by Jason Jaaks via High Country News (click for article)

A few weeks ago, my wife and I took a great trip up the west coast. We started in San Francisco with a few days of tourism (history nerds + Golden Gate Park = awesome) and then took the train to Seattle. If you ever get the chance to take the Coast Starlight I highly recommend it. What a great way to experience California, Oregon and Washington! Get the sleeper car, you won’t regret it. 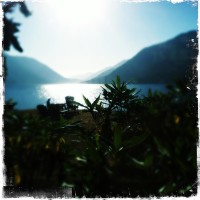 Sunset over Lake Crescent, viewed from the Lodge.

We didn’t stay long in Seattle, but took the ferry out to the Olympic peninsula to meet our friend and her husband for a few days of National Forest awesomeness. We stayed at the Lake Crescent Lodge and had several great days in the mountains, rain forests and coastal beaches. Our last day was scheduled to be a visit with Ralph Rush, a WWII veteran who appears in my film and has become a good friend, but he recently moved to California so we had a free day. Our friend suggested a quick look at the Elwha River restoration, and we set off to check it out.

What we thought would be an hour-long stop wound up being a 7-hour adventure. It was a great day.

First, a little history (oh, right, like you weren’t expecting that!). In the 1920s the Elwha River was dammed to generate hydroelectric power for the growing city of Port Townsend. The hope was the the city would grow to be a major port, but it never really expanded as planned. The dam blocked a major salmon river and flooded a lot of Native American land. For years many groups, including environmentalists and Native Americans, have advocated for the removal of the dam and recently the state conceded to take on the epic process of dismantling it. 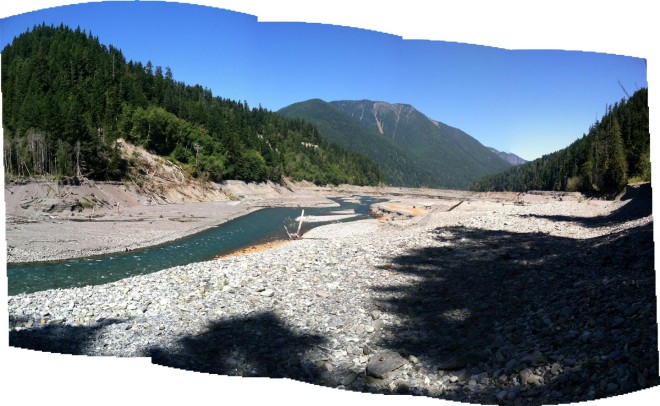 A panorama of the northern tip of the empty lake bed. The whole area extends for several miles beyond the bend you see in this picture.

The entire area near the dam is off limits, but at the northern end of the lake visitors are allowed to go down to the now-empty lake bed. It turns out that this is no easy task. A 5-mile drive up winding dirt roads leads to a small pull-off where you can go down to the lake bed. The hike takes you down a mountainside about 800 feet over a half mile — that’s basically vertical. The path is very steep, rutted with switchbacks every hundred yards. At the bottom you emerge into the stony and barren lake bed, which is still collapsing and dangerous.

My wife and I wandered around for nearly an hour. Our pictures really don’t do it justice. Imagine a large lake, roughly the size of one of the smaller Finger Lakes, drained bone dry.

No really, just think about that for a minute. 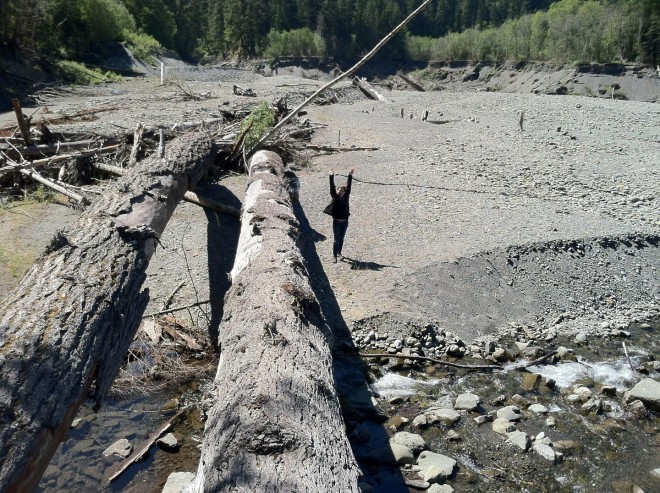 It’s hard to give a sense of scale, but this area is huge! Here is a photo from atop some fallen trees, looking down on a stream and my wife far below.

All along the lake bed were stumps of the old trees from before the dam. They all appeared burnt, and our best guess was that the engineers burned the area to clear it before flooding, and then cut down any tall remaining trees. It was amazing to find metal tags from the 1920s still nailed to fallen trees! 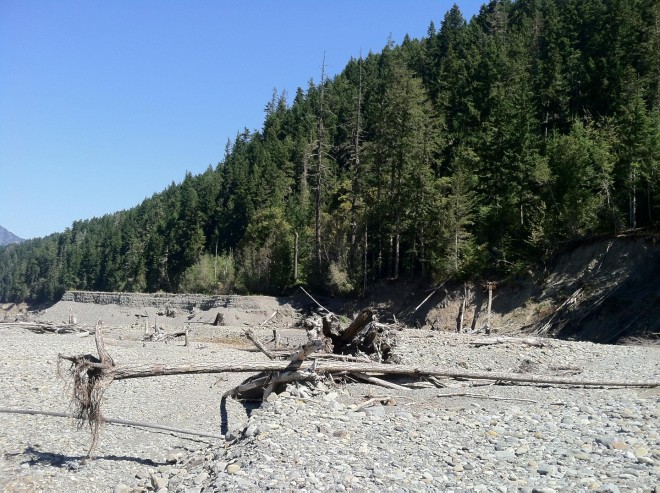 A view of the crumbling lake bed with trees that were submerged when the lake was filled.

Climbing back up the crazy-steep path, we drove upstream for a 7-mile hike that took us to the Goblin Gates and other cool river spots. The cold water was deep blue, freshly melted from the mountain glacier and rushing past. It was an amazing sight!

Three shots of the Goblin Gates, with my wonderful wife in the foreground for some scale.

We only saw one other hiker in our time there. It’s amazing to think that this wonderful environmental change, that re-establishes a salmon stream and fixes an historically poor decision, will only be seen by a few. It’s way out off the beaten path but I’m so glad we got a chance to spend a day there. If you find yourself on the Olympic peninsula, take a day and check it out for yourself. 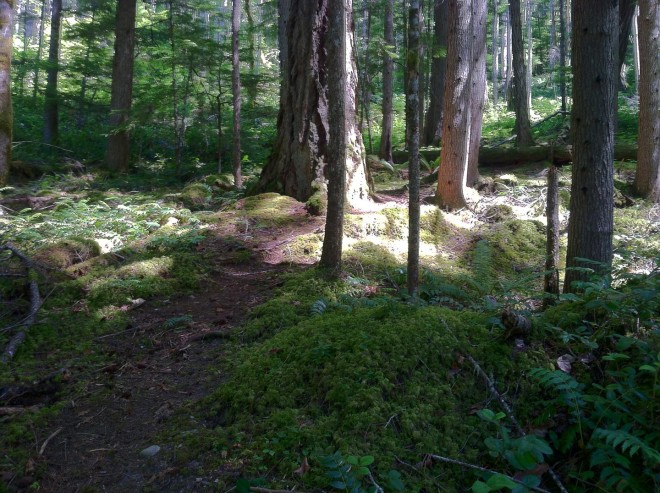 One of the beautiful views along the path upstream from the empty lake bed.

Oh and there is this awesome Elwha River Restoration Facebook page!