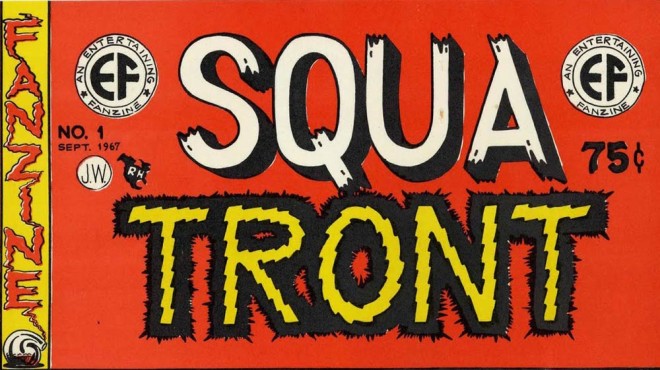 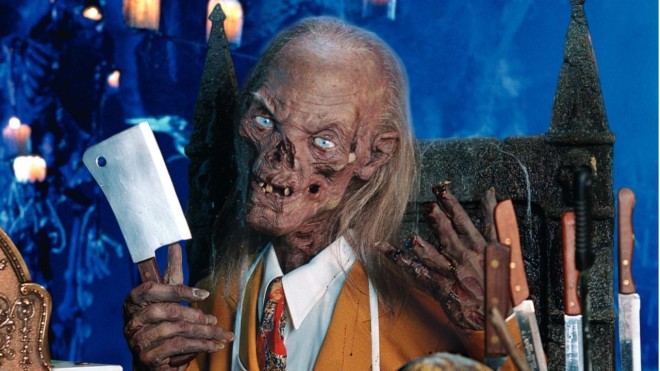 In my previous piece, I looked at how the Baby Boom generation is both endlessly nostalgic for its past, and driven by a consumerist philosophy that encourages businesses to make products that capitalize on this nostalgia. Using the example of E.C. Comics, who published great titles such as Tales From The Crypt from 1950-55, I looked at the first resurgence of interest in E.C. starting in 1967 and coming to a head in 1972-3 with the reprinting of many E.C. titles and the release of two films based on the comics.

After the second movie in 1973, there appears to have been some decline in interest in E.C. nostalgia. This isn’t to say that it completely died out, only that it became a bit more niche. This appears (although I can’t confirm it) to be due to the fact that MAD Magazine & E.C. publisher William M. Gaines contracted his interest and focussed on collaboration with one publisher: Russ Cochran.

Starting in 1971 (during the height of E.C. nostalgia) and running through 1977, Cochran printed a dozen oversized E.C. reprints as portfolios. In 1978 be started the project of re-printing every E.C. comic as a series of hard cover volumes, bound into boxed cases by title. These included extensive interviews with historians and the original editors and artists, printed in place of the original advertising. Only the MAD volumes were in color. According to Wikipedia: “The Complete EC Library eventually reprinted every New Trend and New Direction comic and many of the Pre-Trend comics” – New Trend referring to the infamous horror and sci-fi comics, and New Direction referring to the short-lived adventure and pulp comics produced after the introduction of the Comics Code. Cochran also printed magazine-sized volumes of selected stories between 1985-9, ultimately printing a total of 12. Later, during the height of the second E.C. nostalgia wave, he would partner with Gladstone in 1991-2 and then Gemstone Publishing, releasing a number of comic-sized reprints as recently as 2000.

Again, as with the 1970s revival of interest in E.C., what happened to push these rather mundane re-printing projects into the mainstream and make people, especially nostalgic Boomers, spend a lot of money on E.C. reprints? In 1972-3 it was a pair of movies; in 1989 it was the HBO series. 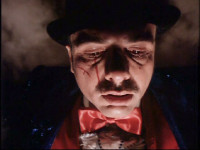 A still from HBO’s “Tales From The Crypt” season 1: Joe Pantoliano in “Dig That Cat, He’s Real Gone”

It is no understatement to say that HBO’s Tales From The Crypt was a phenomenon. In 1989 HBO was THE premium cable channel and the first six episodes in the series were produced and directed by major Hollywood directors, including Walter Hill (48 Hours, The Warriors), Richard Donner (The Omen, Lethal Weapon), Robert Zemeckis (Back to the Future, Forrest Gump) to name a few. The series ran for eight seasons and ended in 1996. Probably most notable, as stated by Wikipedia:

[...]HBO allowed the series to contain graphic violence as well as other content that had not appeared in most television series up to that time, such as profanity, gore, nudity and sexual situations [...] 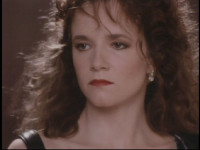 A still from HBO’s “Tales From The Crypt” season 1: Lea Thompson in “Only Sin Deep”

To wrap all this up, is there anything to learn from this recurring interest in E.C. Comics? What does it matter if people want to have some nostalgic fun and remember their childhood by looking at comics or movies?

There is, to my mind, nothing wrong with nostalgia or the joy to be found in remembering the past. Interestingly, even though I first came to E.C. in the 1980s, now that I’m pushing 40 I find myself reminiscing about the first time I bought an E.C. reprint and the profound sense of accomplishment when I had mowed enough lawns and hauled enough hay and picked enough apples to buy a beat-up copy of MAD #1. Really, the nostalgia cannibalism has even prodded me to use some of this year’s Christmas gift cards to buy a set of Two-Fisted Tales reprints1 and an original Squa Tront #3 from 1969. Even as I’m asking myself “how am I caught up in nostalgia for a time 25 years before I was born?” I love to read about E.C. comics and their history.

What I find both fascinating and troubling is how obviously consumerist this ouroboros is. Using E.C. as our example, it’s really easy to see how every 20 years or so the cycles of nostalgia are tapped by publishers, movie houses and HBO to make money. For some things I think this is always obvious – remember Apple’s release of the Beatles catalog on iTunes? – but for others I think not. The part that bothers me most, I guess, is how susceptible my generation has been to this. While I may have been a bit young as I’m at the tail end of my generation, it is clear that GenX was equally targeted by HBO as the market for their series as their Boomer parents. In fact, one could argue that the parents might have let their kids (ie me & my friends) watch the violent, gory and sexualized show in part because of their own nostalgia. A few years later, during the heyday of grunge rock, we were embracing nostalgia for the Beat Generation of Jack Kerouac, Allan Ginsberg and the rest. Of course you can trace that nostalgia cannibalism through the 1960s anti-war movement too, popping up over and over until David Cronenberg’s Naked Lunch tied it to the mainstream/underground that was early-nineties alterna-rock.

All of this leads me to one inevitable but problematic conclusion: we are being sold our own past and paying money to re-live things we loved when we were young. As a predominantly Baby Boomer trait, we of later generations are subjected to this marketing trend and even accept is the way things should be, watching our parents endlessly engage in acts of nostalgic cannibalism. Yet, the problem for me has long been very simple: in buying a freshly packaged version of a past experience, I feel like I lose out on both the authenticity of my original love of something, and the opportunity to create a new experience. In this I am my own worst enemy because I enjoy re-experiencing things to a degree that exceeds most of my friends and so I’m arguing from a point of weakness here, but I wonder if I set myself up for an inauthentic experience when I allow market forces to decide for me, and then sell to me, objects that feed a desire for nostalgia cannibalism?

Ultimately, I am just a child of Baby Boomer parents who raised me at a time when their cohort was re-visiting a comforting moment in their childhood. That this was their second re-visit is irrelevant; it became a central part of my childhood. So now, as I reach an age where looking back and reflecting is common, I find myself seeing the things I loved as a kid with the eyes of an adult, and realize how much my interest in E.C. Comics was driven by market forces, Boomer nostalgia and the selective forces of consumerism. How disappointing.

[1] Yes, they are still reprinting these in hardcover – which means we now have reprints of reprints… yeesh.