The route of the 89th Division across Europe, beginning at Le Havre and Camp Lucky Strike

In January of 1945, reinforcement divisions arrived on the coast of France at the port of Le Havre. This city, just east of the beaches attacked six months earlier on D-Day, was famous as the site of the Henry V‘s siege of Harfleur in 1415 just prior to the Battle of Agincourt. Nearby, a series of small camps had been set up as staging areas for the fresh infantry divisions entering the war against Hitler.

These camps were named after cigarette brands and are remembered as The Cigarette Camps. The troops detailed to build the camps and set up the facilities were unable to finish their work because of the German attack in the Ardennes – The Battle of the Bulge – and the divisions en route at sea were ordered to change course from England to France. Arriving in the middle of a bitter winter to find their camps unfinished, the men suffered through a horrible winter.

In “16 Photographs At Ohrdruf” I follow two infantry divisions across Europe – the 89th and 65th – both of them starting their campaigns at Camp Lucky Strike. My grandfather, Lt. Donald G. Johnson, was a medic in the 65th Division, 365th Medical Battalion. In my film, another veteran of the 65th named Edwin “Bud” Waite says: “Those must have been the worst two weeks we ever spent, those two weeks at Camp Lucky Strike.” This from a combat veteran who won a Bronze Star fighting the Nazis!

These photos come from the 65th Division newsletter, published after the war (and generously provided by my buddy Bob Patton of the 65th Division Association). At the bottom is a letter from Lt. Johnson about his time at Camp Lucky Strike. Portions of the letter appear in “16 Photographs At Ohrdruf.” 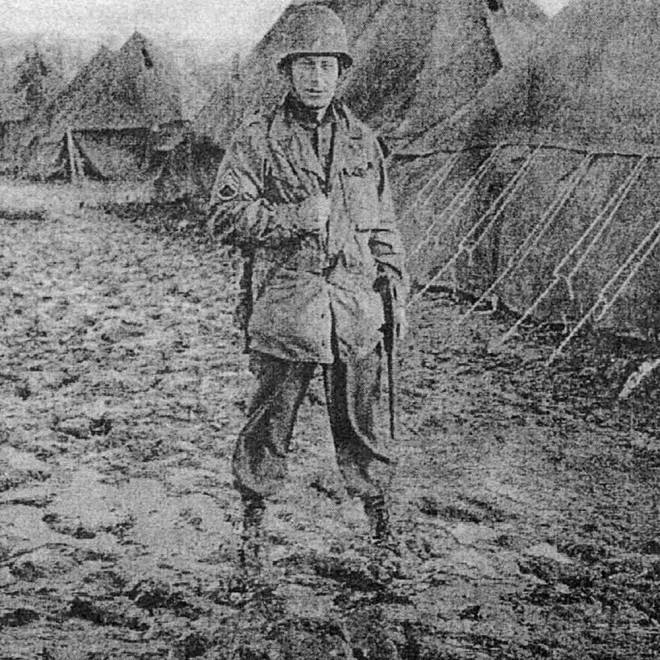 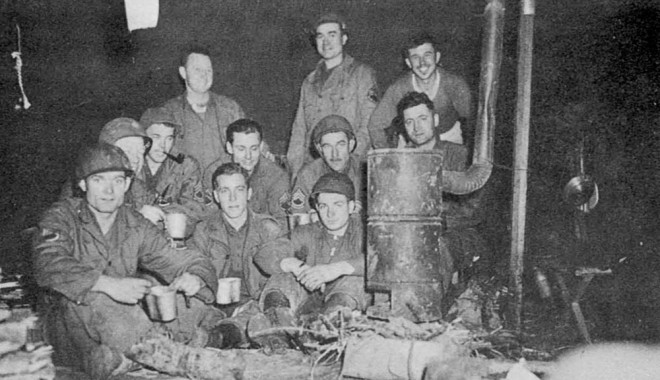 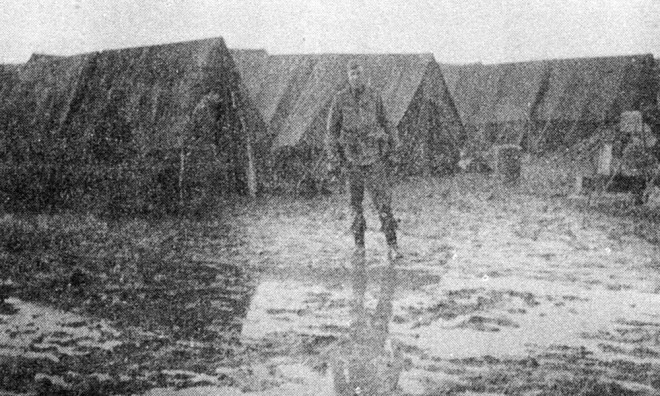 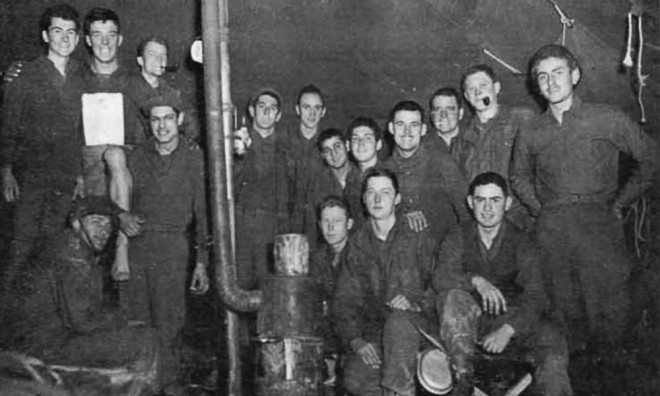 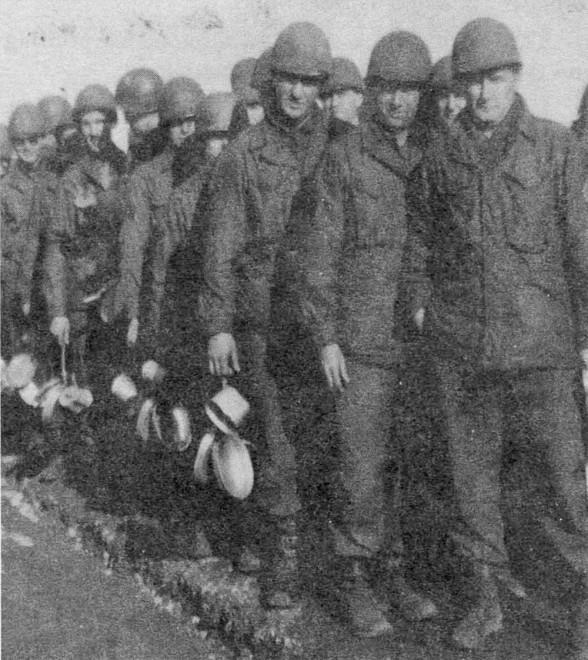 Men of the 89th and 65th were given only one helmet-full of coal to heat their tents each day. 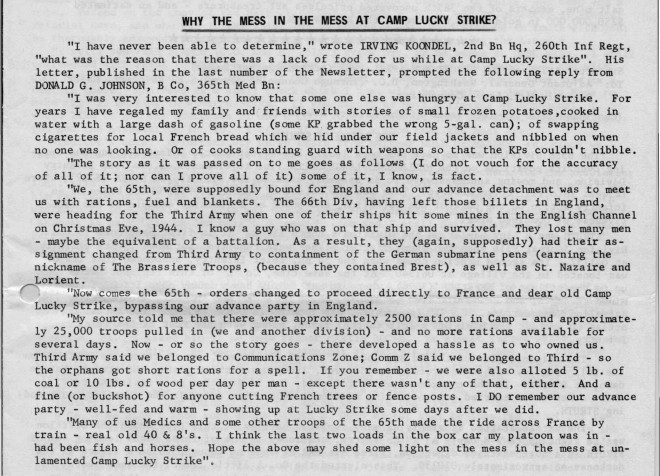 A letter from my grandfather, Lt. Donald Grant Johnson, printed in the 1972 edition of “The 65th Halbert” magazine