Last summer, after my film 16 Photographs At Ohrdruf was released, I received a phone call from Ernie Bartels who fought in the war with the 282nd Artillery Battalion. He was a witness to the atrocities of the Ohrdruf camp and we spoke for a while about his experiences and it was amazing to hear his story. I feel incredibly honored to have been able to talk with him about his experience.

Below is the uncut audio of my conversation with Mr. Bartels:

One of the most important parts of our conversation involves the fact that Ernie served in the 282nd Artillery. This unit was not attached to a particular Division, but provided support for Divisions that were attacking. At the time of the liberation of Ohrdruf (April 4-6, 1945) the 282nd was attached to the 89th and 65th Divisions… the two Divisions that are the focus of my film. It was the 89th Infantry and 4th Armored who found the Ohrdruf camp, and the 65th (including my grandfather) arrived a the camp a few days later.

The 282nd is one of those parts of the the U.S. military from WWII that have been lost to history. Since I first posted about my conversation with Ernie on Facebook, I’ve received many emails from relatives of 282nd vets looking for information. Among them was Dr. Geoffrey Megargee, who appears in “16 Photographs” and who introduced the film at our premiere at Lesley University in 2013. Dr. Megargee’s dad was also in the 282nd and I was able to share what little info I had, all from Ernie, to help his research. It was a wonderful moment when things came full circle… 4 years ago Geoff helped me so much with the film, and I was happy to be able to give him some information about the 282nd.

All of this is just intro to an email I got this morning. Ernie’s wife, Carol, sent me this very touching message:

It breaks my heart to report to you that my WWII Warrior passed away July 4. We were to host the reunion this year and I went ahead with it as planned. Again there were six vets attending. The oldest is 94 and the youngest 89 years young. They decided this would be the last reunion as it is becoming more difficult for them to travel the distances that have to be traveled to attend the reunion.

I have received emails from two of the sons of former 282nd members. I will get some info to them before long. The past few months have been a challenge for me trying to take care of Ernie and them getting business matters settled. 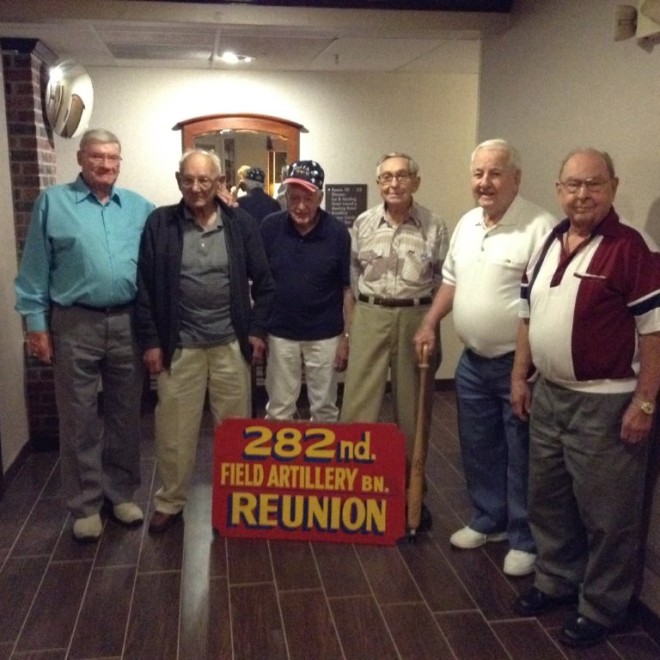 Needless to say, I was moved to tears by Carol’s email. Her love for Ernie has always been such a part of our correspondence, and it is heartbreaking to hear of her loss and the absence of Ernie in their family. My heart goes out to all of Ernie’s loved ones, and even though we never met in person I believe he was a great person and I know his family misses him.

I was also struck by Carol’s commitment to his story, and that she wanted to share this picture. I feel moved to share it with all my friends because the last several months have taught me that the 282nd was an important part of the end of WWII, and they were present for some of the most crucial parts of the war. These men saw the liberation of the first concentration camp found by Americans, and served honorably in one of the most horrible wars that mankind has inflicted upon itself.

Thanks to Carol for sharing this photo. I couldn’t let today pass without honoring the men of the 282nd, including Ernie Bartels and Geoff Megargee’s dad, and all the other men of this battalion who history should never forget.

I’ll end this post with some amazing illustrations that Dr. Megargee sent to me. His father (whose name I sadly don’t know!) made these drawings during the war as part of the 282nd. They are a powerful and moving glimpse into the experiences of a WWII artillery battalion. The men in the picture above, and all those who served with them, are represented in these drawings and I can’t thank Geoff enough for sharing them. 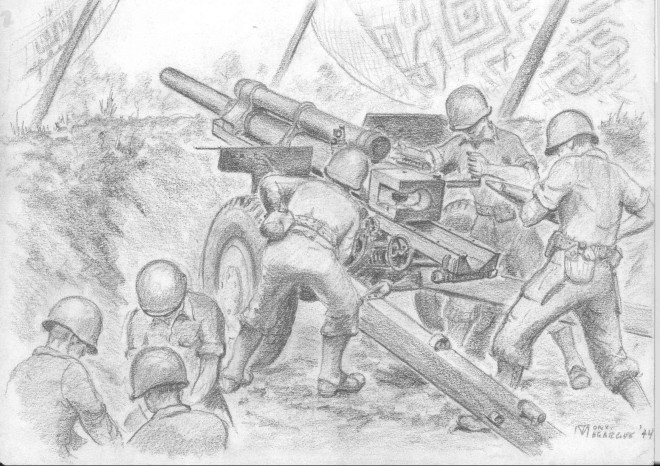 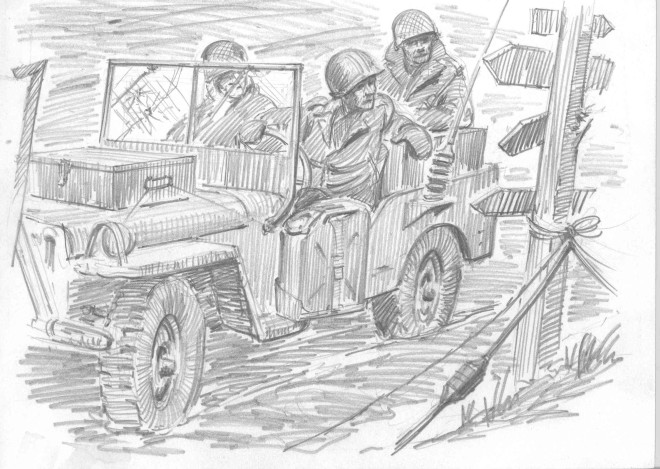 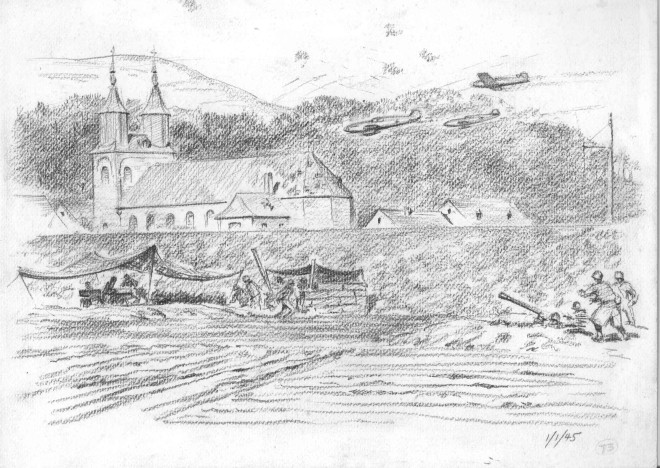 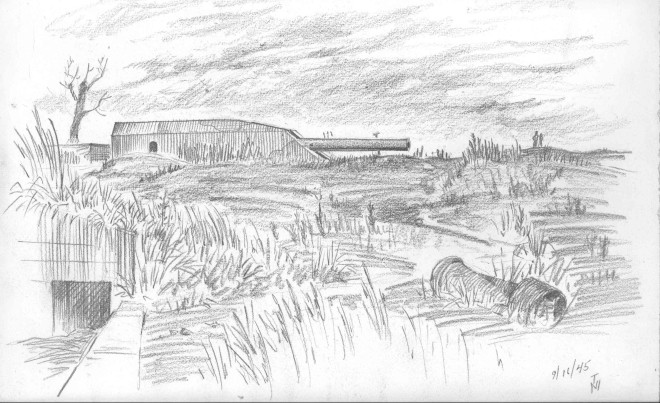 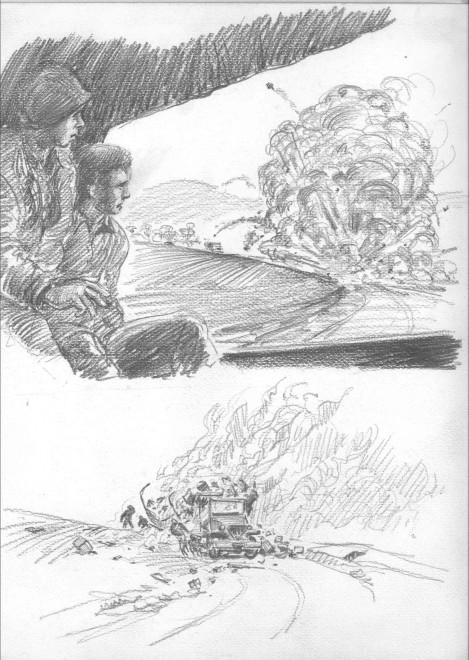