While it is true that I read a lot about U.S. politics on a daily basis, I often struggle as I try to understand the underlying geographic and historical context of the post/modern fights. This is where maps are so handy.

First, look at this map from Wikipedia about the Black Belt.

The Black Belt is a region of the Southern United States. Although the term originally described the prairies and dark soil of central Alabama and northeast Mississippi,[1] it has long been used to describe a broad agricultural region in the American South characterized by a history of plantation agriculture in the 19th century and a high percentage of African Americans in the population.

During the first half of the nineteenth century, as many as one million enslaved African Americans were taken there in a forced migration to work as laborers for the region’s cottonplantations. After having lived for several generations in the area, many stayed as rural workers, tenant farmers and sharecroppers after the American Civil War and Emancipation. 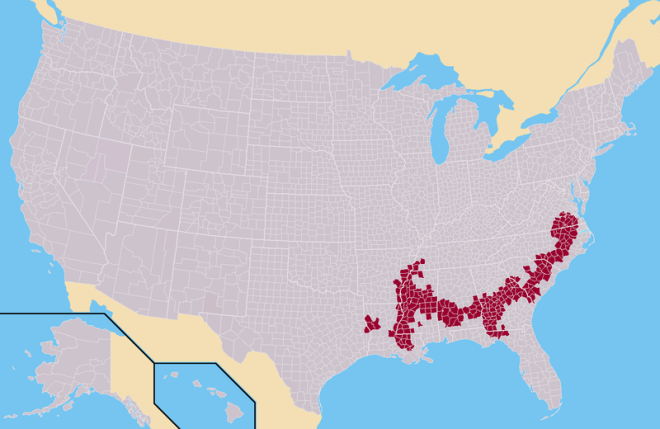 A map of “The Black Belt” via Wikipedia

Next, look at this map of the U.S. poverty rate by county, via Imgur r/MapPorn. 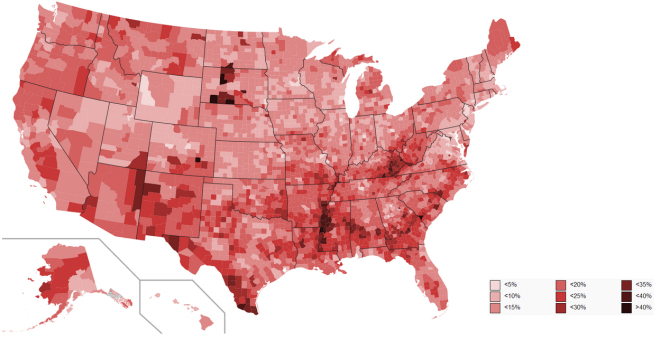 US poverty rate by county, via Imgur

Finally, look at this map of the over/under from the 2012 Presidential election via the Common Cents blog.

A map of the 2012 election between Mitt Romney (red) and Barack Obama (blue) showing counties where the candidate won by more than 20% of the vote.

I don’t really have any serious commentary here, except to point out that the old Black Belt stands out against a sea of red in Dixie.