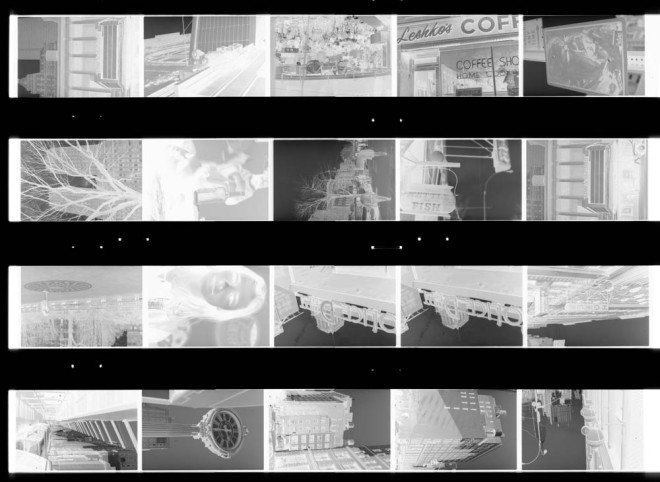 A random sheet of negatives from 1996

This autumn, I spent a huge amount of time scanning all the negative sheets that my wife and I have shot over the years, to make an archive and also to re-visit old work. It took me the better part of a month (thank you sabbatical!) to get the hundreds of sheets scanned, and I had a lot of time to think about my history as a photographer.

The binders dated back to 1991 and are full of sheets up to about 2003, when the dates grow fewer and far between, and the type of images on the sheets change significantly. As digital cameras became more accessible and offered better quality, it is obvious that I moved away from expensive and time-consuming film to faster and easier digital images.

Yet, what stood out for me wasn’t that digital caused me to move away from film, it has actually accentuated a fundamental relationship I have with photography that was hidden from me when using film. Actually, it was hidden in plain sight because, as I’ll explain in a moment, what I noticed is so much a part of my photographic life that I had never really even been forced to think about it before.

Laying out those negative sheets, day after day and week after week, I became very aware of how much overlap there was between my “work” and my “non-work” images. For most of my life, I only had one camera with me, and so it was used to take all the pictures. When I was younger I carried a 35mm, later a twin-lens 120mm or even a fixed up vintage camera from a thrift store. Rarely did I have more than one on me at a time. So looking at the negative sheets I saw pictures that were taken with artistic intent alongside images meant to capture the generalities of my life. A well-composed, poignant shot intended for a portfolio is on the same strip of negs as a sloppy snap of a birthday cake.

This was very interesting to me, largely because I don’t have that relationship to photography now. Rarely will I be looking at “work” and stumble on “snapshots” — it happens but that is more a matter of my shoddy organizing than either intentionality or anything imposed on me by how I use photography. What I mean by this is that with digital tools I can organize and sort, so images with different intentions end up in different folders.

Now, it’s true that this kind of sorting happened pre-digitally. My 4×5 images, for example, are always more “serious” than the 35mm. The 120mm negs are about equally split between “work” and “non-work” images, while the fast and cheap 35mm negs contain a large proportion of images that are less than “serious.” Yet they do co-mingle, they share the same light-table, and I’m forced to experience a whole scene in one sheet of images.

To put it another way, looking at a whole sheet of negatives is like going back to the time and place of the final “serious” image and re-living the whole context. For me, images change over time, and become re-contextualized as I use them in portfolios or books, as web graphics or cropped, distorted, repurposed. A negative sheet allows for a re-calibration of all that, and puts me back in the moment when I originally snapped the shutter.

While this may be a mundane observation about photography, I do think it is important (at least to me) to recognize how we create, manage and maintain the creative context of images. Looking forward, I’m interested in finding ways to build this overlap back into my process, recognizing that I tend to use different tools for different goals (the “big” camera is only for “serious” work, etc) but also that the vast amount of images and video I create require organization. Organization destroys context, because the serious shots get put someplace different than the sloppy pictures of birthday cakes. I’m not sure that’s a good thing.