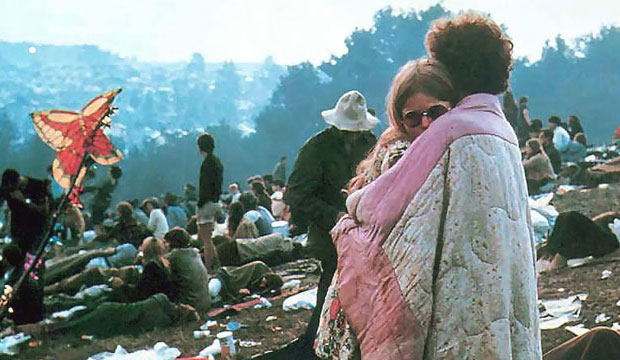 While many Baby Boomers wanted to remember the Vietnam War like this, by the 1980s the memory of Vietnam was very different. 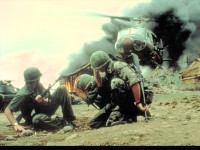 Today, my wife Nicole and I were talking about television and movies from our childhood (a popular topic; we were both born in the mid-1970s) and how pervasive the Vietnam War was in the media. It seemed that there was barely a TV show or movie in which a main character was not a veteran, or the villain was part of the counter-culture. Looking back it seems strange how much emphasis there was on the veteran status of these characters, given how much the mainstream Baby Boomer culture wanted to portray the anti-war movement as the only version of those years. The Beatles and Woodstock, Jimi Hendrix and Janis Joplin and Abbie Hoffman were, at least from my young perspective, the only “real” and “true” versions of the late-1960s offered in the historical narrative, and yet on TV and in the movies the Vietnam vet was everywhere.

Now, I’m not dumb enough to make blanket statements about how the media treated Vietnam during the Baby Boom’s nostalgia-phase in the 1980s. There was hardly a mention of Vietnam that was not conflicted and complicated, and any character with the ‘Nam in their history was shown as damaged by the experience. For Baby Boomers, I’m sure this period of post-war acceptance was necessary. As the largest generational cohort in history (until their echo 20 years later) the Boomers also profoundly influenced the narratives of the mainstream, and therefore the stories we were raised on.

As a quick test, my wife and I began listing TV shows and movies with some Vietnam overtones. These might have been overtly about the war, or more subtly invoking it, and we just listed those we could think of without using any help.

I’d also add Altman’s M*A*S*H which is set in the Korean conflict but, c’mon… it’s about ‘Nam. Also, a movie like Predator, which is set in the jungles of – where exactly? – is also obviously invoking ‘Nam. Even James Cameron’s Aliens sequel, while set in the future, is full of ‘Nam references. 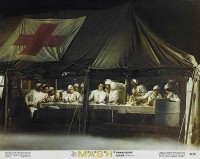 I’m sure we’re missing a lot of shows and movies that reference Vietnam. But we both remember that it was “in the air” all the time. I remember seeing comic books at the gas station called The ‘Nam and portraying the heroics of soldiers. It didn’t seem odd for a character in a light-hearted comedy to drop into a melancholic recollection of the war.

In our conversation, what we started wondering was: why don’t we have this for the Gulf War or the two Bush Wars? Other than Three Kings I can’t think of any Gulf War movies. There are a number of Iraq and Afghanistan references in media right now, from Homeland to Zero Dark Thirty, but those are the direct look at the topic like Platoon or Tour of Duty. We haven’t yet entered the phase where the war experience is pervasive, where it is expected that a character have fought. In the 1980s it was necessary for a character to have ‘Nam experience – imagine the A-Team as just vigilanties, or Magnum P.I. as merely a detective. How would the producers of Lethal Weapon have justified Riggs’ craziness? When could Forrest and Bubba become friends? What set Travis Bickle on edge?

I think that the late-1970s and 1980s obsession with Vietnam, such that it was pervasive in media, is a result of the fact that the conflict affected all sections of society. For those sent to fight (and especially for those who saw combat and those who were wounded) it obviously changed them. For those who were against the war – the large and mainstream counter-culture – it was equally important for those who opposed it politically and morally as a central cultural issue. Of course, those who feared they would be drafted saw the conflict in personal terms. Many Americans equated the fight for civil rights with the fight for ending the war.

Less remembered in the 1980s, and far less popular in the gauzy, soft-focus memories of the Baby Boomers, are the Silent Majority folks who supported the war and, in 1968, elected Richard Nixon. These were the people who did not want to see America lose, and who hated the anti-war movement and resented the protestors. Rick Perlstein’s amazing book Nixonland explores this dichotomy in powerful and thought-provoking detail.

All of these were wrapped up in the nostalgia for Vietnam a decade later. I also think the media were pretty savvy in how they exploited this cultural wound. For the most part (at least in my memory) the war was portrayed as an evil, but a multifaceted evil. Take, as an example, Lethal Weapon: Rigg’s is a vet whose “craziness” is both created, and lent focus by, is ‘Nam experience; yet, the villains are smuggling heroin out of south Asia via a network of corrupt veterans. Most movies and tv shows tried to thread this needle – veterans are good people who have gained from their experience, while the war itself was corrupt and evil. This duality appears over and over and over. 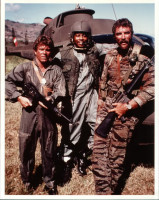 The Vietnam war essentially spans the high school and college years of the Baby Boom. A decade later, and for a full decade, their need to justify and vilify the war made it a central feature across television and movies, even in scenarios in which it was very out of place. What I wonder is when will we have a Gulf War or Iraq & Afghanistan media glut? Or is this a different cultural moment? Are we lacking the broader cultural coalition – the Boomers had their counter-culture and Silent Majority as well as the veterans to draw upon – with less people invested in keeping (and publicly “correcting”) the memories of war?

I’m not saying that I want a decade of Bush War nostalgia the way we had an unending stream of  Vietnam apologia in the 1980s. Yet, if we don’t I wonder if we’ll ever have a chance to heal in that public way, or if we’ll be able to learn any lessons about what has happened in the past decade. 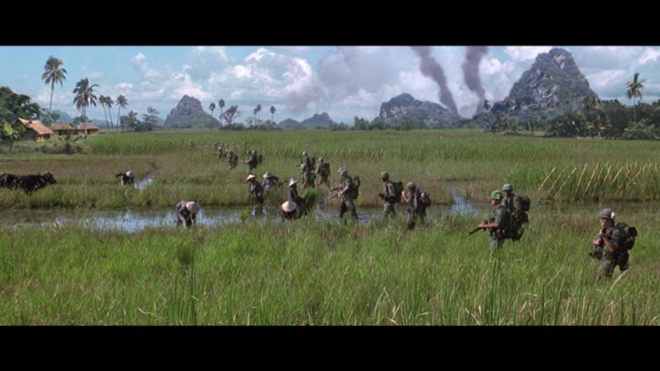