This week I got to level up my nerd cred.

I am a huge fan of the historian David McCullough. Not just his writing, which is incredibly compelling and amazingly well-researched, but also his voice! As a history nerd, McCullough is the soundtrack to my life. Whether listening to the audiobook of 1776 that he reads himself, or hearing his narration of Ken Burns’ The Civil War, I feel like I’ve spent a lot of time listening to him tell me about powerful moments in history.

I never expected to meet Mr. McCullough and I never gave much thought to what it would be like, so when I was able to share the stage with him (and the legendary musician Graham Nash) I did the obvious “will you pose for a picture with me?” thing. Of course, since it was a busy afternoon and we were wearing formal robes, I couldn’t engage him in a long conversation about General Green’s poor decisions during the fight for Manhattan in 1776, or Abigail Adams’ words to John Quincy on his departure to France. It just didn’t seem appropriate.

So this picture is what I have… and a few regrets that I didn’t get an autograph! 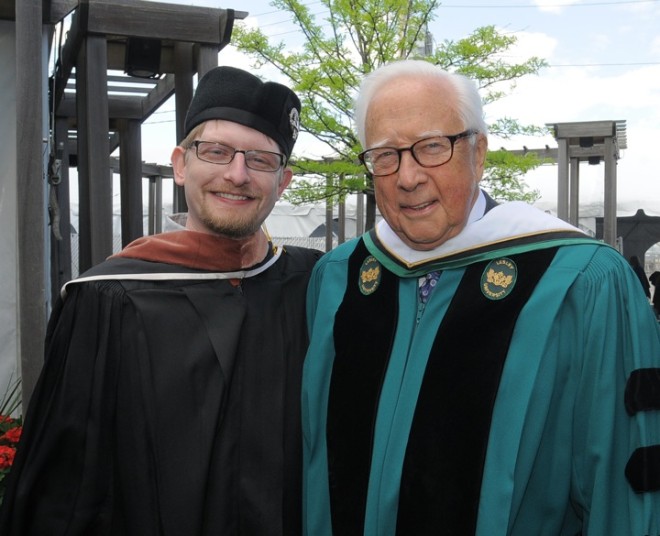 With David McCullough, at the Lesley University 2013 Commencement ceremony.