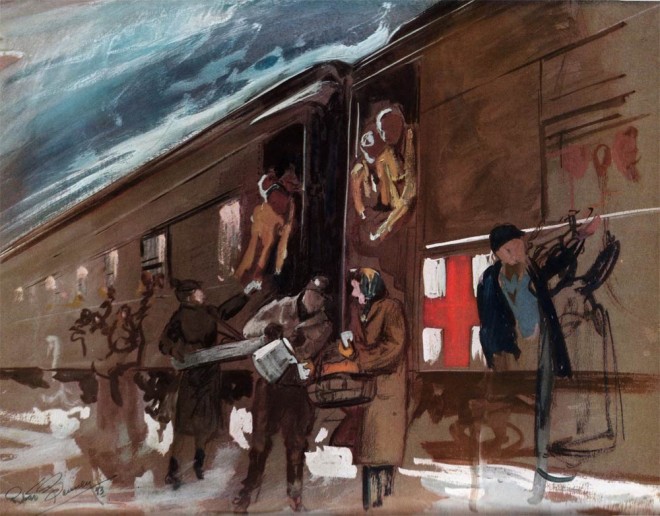 From “Men Without Guns” – WAYLAID by Robert Benney.

In my documentary film “Sixteen Photographs At Ohrdruf” I present the story of a small stack of photos found after my grandfather died.  As often happens when making a film, many interesting parts of his story were left out, including large portions of his letters about his time at war. I also collected a lot of his books and papers, many of which never appear in the film.

Among the books in his collection is “Men Without Guns” from 1945, which contains an introductory text about the role of combat medics, surgical officers, nurses and other non-combatants. As a medic I know Don was very invested in his role as a helper and healer, and later in life he put in countless hours volunteering for his local Rescue Squad.

The illustrations in “Men Without Guns” show war from the medic’s vantage. As an artist, I appreciate their style and gesture as much as their storytelling, and I wanted to share a few of these great illustrations as an extension of my film. I deeply regret that there was no way to fit them into the story. 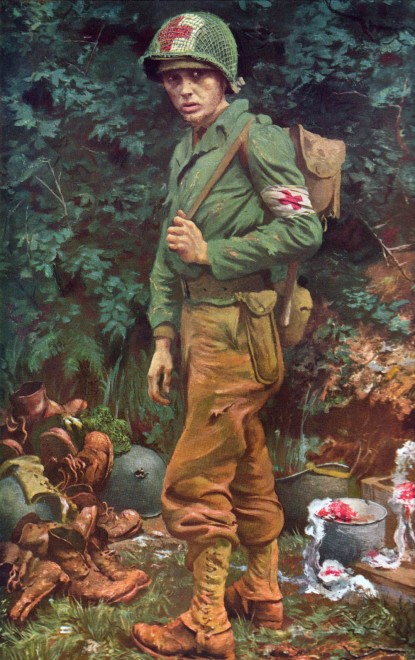 From “Men Without Guns” – THE MAN WITHOUT A GUN by Lawrence Beall Smith. 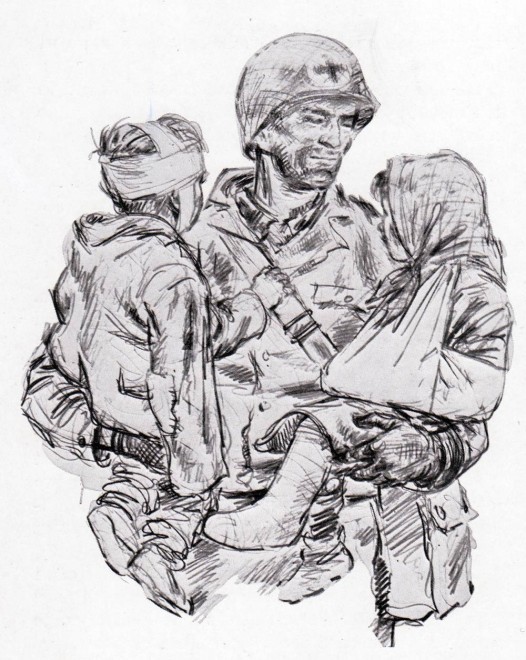 From “Men Without Guns” – SAFE by Joseph Hirsch. 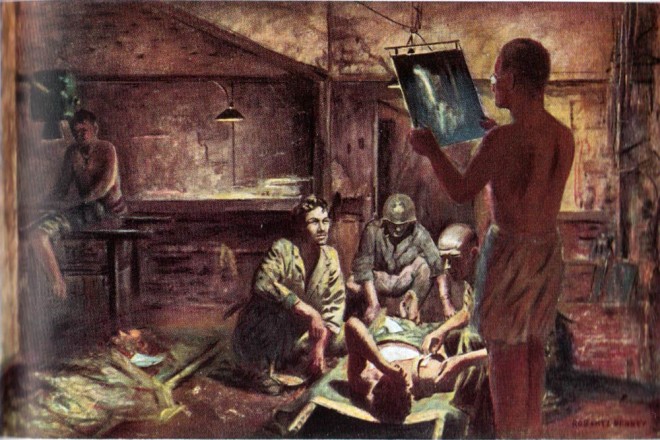 From “Men Without Guns” – SHORT CUT TO LIFE by Robert Benney. 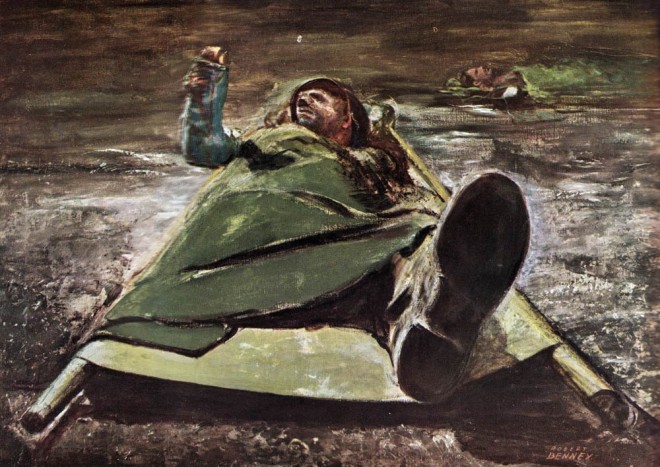 From “Men Without Guns” – JUST OFF THE LINE by Robert Benney.